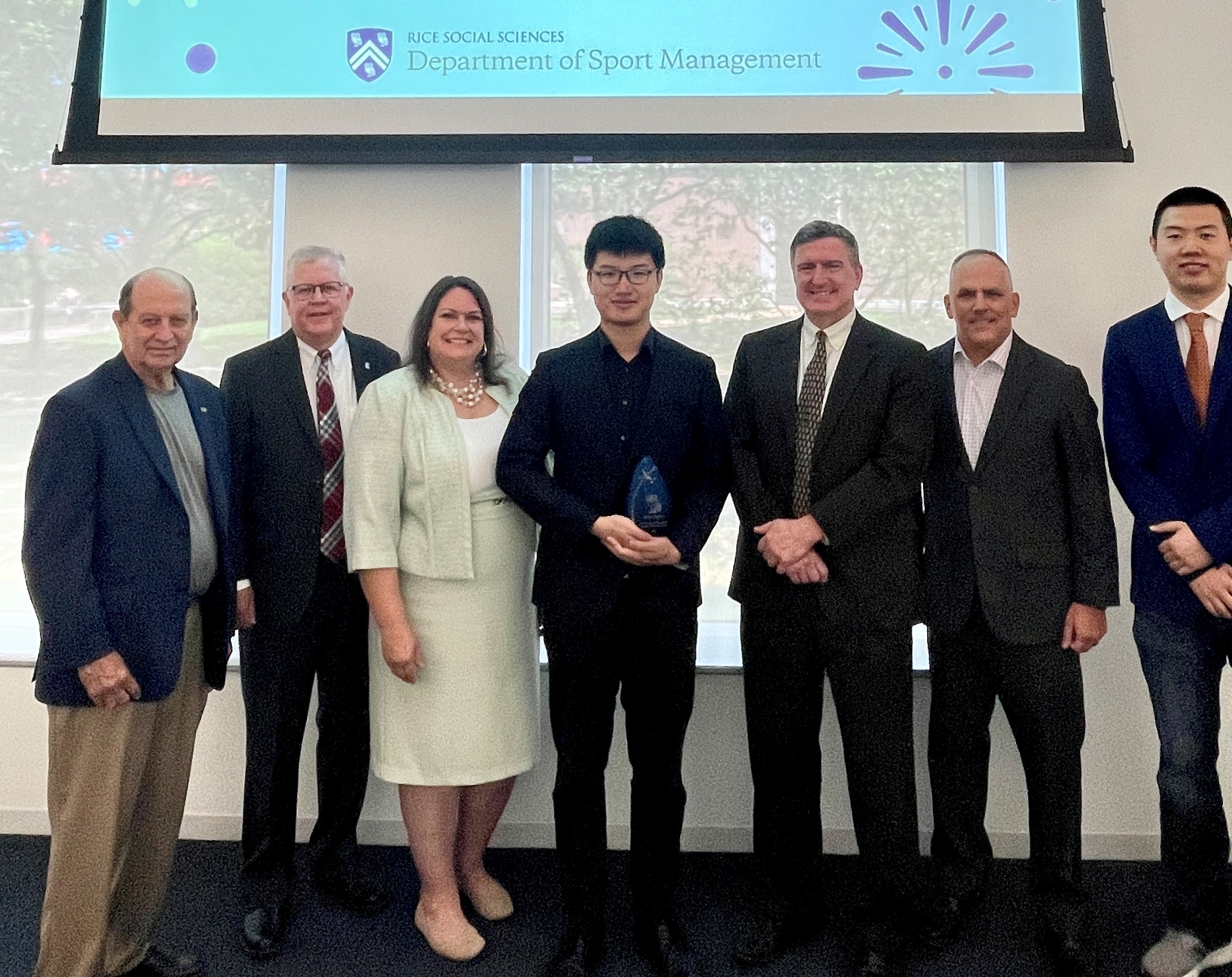 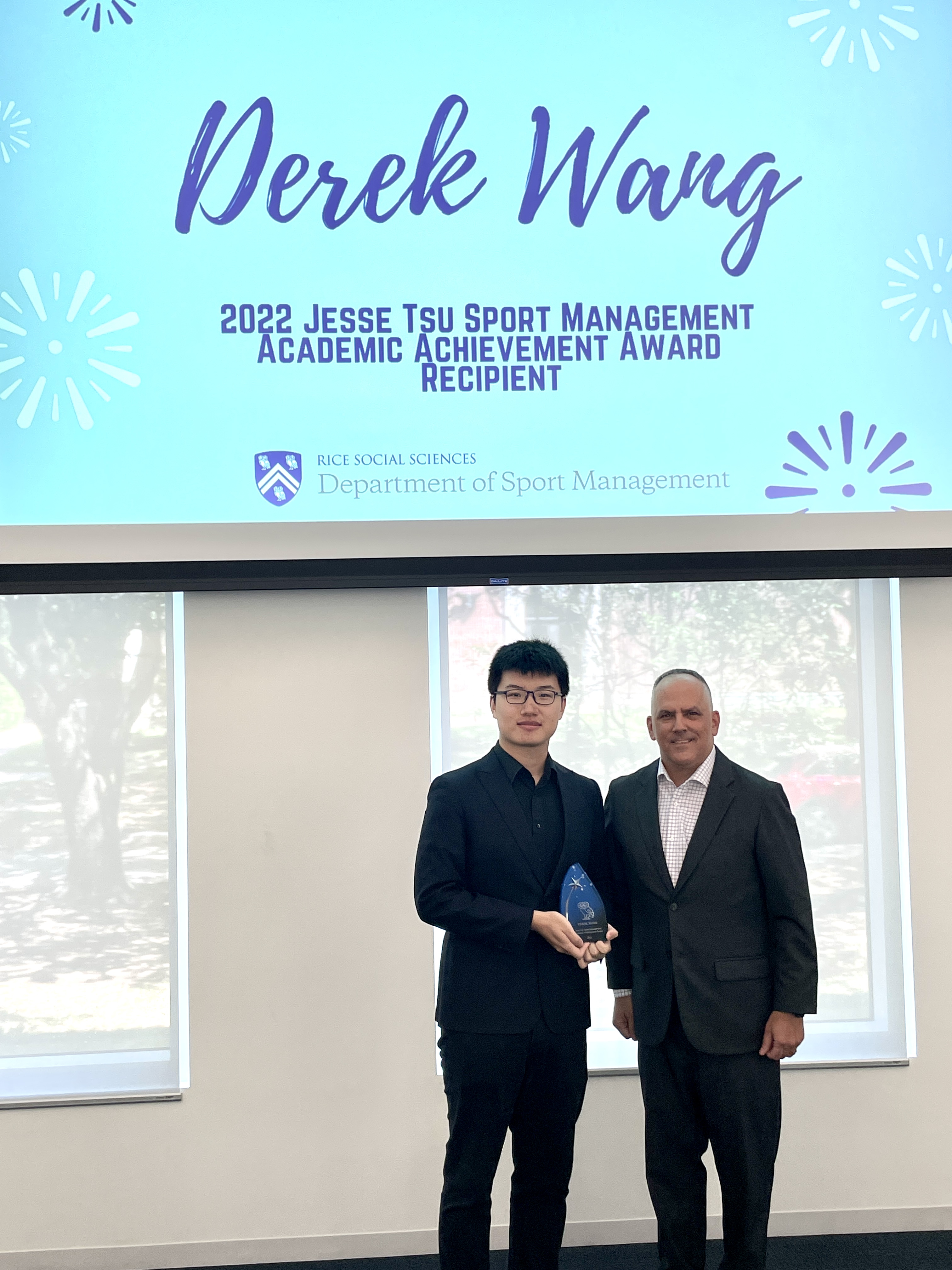 According to Wang, he is honored to receive this award, which recognized his hard work at Rice as a Sport Management major.

“I am delighted and honored to be the recipient of the 2022 Jesse Tsu Sport Management Academic Achievement Award,” Wang said. “This award recognized my four years of hard work in the Department of Sport Management.”

The award is named after Jesse Tsu ‘11, who had the highest cumulative grade point average ever as a Sport Management major at Rice. According to Tsu, having an annual award named after him is an honor and representation of the hard work and support that he had around him.

“It is a huge honor for me to have this annual award in the Department of Sport Management, which really helped set me up for success,” Tsu said. “It represents all the hard work I put in and the support from family and friends.”

While Wang worked towards his Sport Management degree, he also pursued his Piano Performance degree. According to Wang, he is grateful for how the Department of Sport Management was able to work with him to achieve both of his degree goals.

“Due to my heavy duties with my Piano Performance major, I had a hard time balancing my schedule,” Wang said. “The Sport Management professors have not only been understanding, but also granted me a lot of care and leniency for which I am grateful.”

With his schedules worked out, Wang traveled further down the Sport Management path. According to Wang, one area that he found valuable in the department was the application of the major’s coursework to real-world experiences. 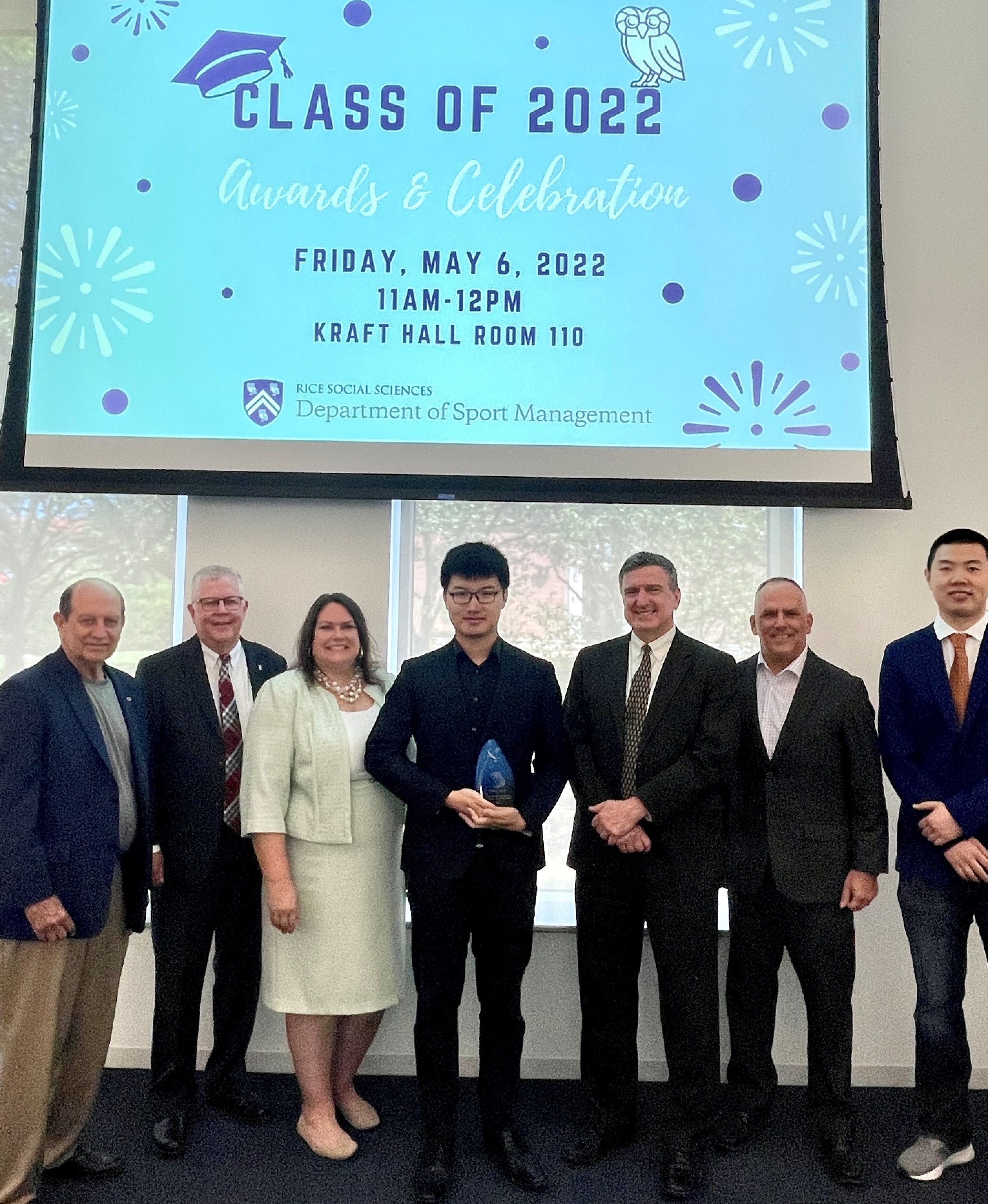 “It still amazes me how most of the class materials are generated purely from real-world experience,” Wang said. “What you learn in the Department of Sport Management can be directly applied in real-life.”

Wang applied the information and knowledge that he learned from his Sport Management courses to his internships. According to Wang, he completed three internships that were focused on esports during his time at Rice, the first two being with Red Phoenix Entertainment.

“My first and second internships are both with Red Phoenix Entertainment, a Houston-based firm specializing in connecting American sports organizations and athletes with the lucrative Chinese market,” Wang said. “I devoted a lot of time researching the esports market for the company as it was a brand new field for most of them, while also helping with content generation for the company’s social media. My third internship was at Esports One, a Santa Monica-based firm that runs a professional fantasy esports platform. My main responsibility was to research the global esport and crypto market as they were trying to introduce NFT minting.”

According to Tsu, he hopes his award serves as a time for reflection and a source of encouragement to students to strive for excellence during and after college.

“For Derek, past recipients, and future recipients, I hope this award gives them an opportunity to look back and feel proud of their accomplishments [and] recognize and appreciate those who have been with them every step of the way,” Tsu said. “For future Owls, I hope it encourages them to strive for greatness in their academic years and carry that on as they embark on their professional careers.”